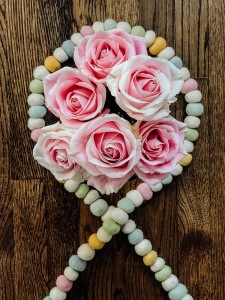 Today was just another ordinary day. My kids drove me crazy. I yelled a lot. There were timeouts and tears. Nothing too good and nothing too bad. Just a normal day. Which, in hindsight, as my dad always likes to remind me, is not necessarily a bad thing. But then I thought I’d take a few minutes to zone out and peruse the “Book.” And the first post that popped up was from the husband of a girl I went to journalism college with stating that his wife had passed away after battling breast cancer. Say what?! Now granted, I hadn’t spoken to her in years but this was a girl I had partied with. Studied with. Done projects with. And endured all the same classes, headaches and learning experiences that one encounters at college. And now she’s gone. But even more sadly is that she leaves behind a husband and her five-year-old son.

As I sit here trying to write my way through my feelings, because that’s just what I do, I find myself really struggling. Obviously I don’t have the right to truly grieve my old friend. We haven’t kept up in our friendship, and I had no idea what was going on in her life. But my heart can’t stop aching for her sweet little boy. Because I too was that motherless little child. I know what it’s like to grow up without a mother. Him and his father have a difficult road ahead of them. They will adapt and persevere because they have no choice, but it won’t be easy. However, that isn’t even what truly has me struggling about all of this. What I can’t seem to wrap my brain around is the fact that someone my age, someone I knew, died. And not from some random accident. But from cancer. My dad is supposed to be in the era of losing people he knows from terminal illnesses, not me. Hell in my mind I’m still in the time frame of people getting married and having kids. (Obviously I know I’m way past that but if we’re being completely honest I’ll just admit I still think I’m 17. At this point I think I’ll feel that way forever.)

Last year I had a dear friend battle breast cancer – and beat it, YAY. Now, did I worry about her? Yes. Did I ache for the pain and suffering she was going through? Yes. Did I think she was a bad ass warrior for not only beating it, but simultaneously continuing to work, be a mother, a wife and a partner in managing a household? Yes. BUT, did I for even one second consider the fact that she could possibly die? HELL NO. Because people my age don’t get terminal illnesses and die. They just don’t. So hearing about the loss of a classmate to cancer has certainly given me a hard slap in the face back into reality.

I’m no stranger to death. As a result, I live my life with one eye open at all times because I’m just waiting for another freak accident to claim the next victim. I waste so many brain cells trying to come up with every possible (and a lot of impossible) situation(s) that could potentially harm one of my family members. It’s just my demented way of trying to “prepare” myself mentally. Because that’s what I know. I rarely think about normal harmful situations. And I certainly never, ever think about anything happening to me. That’s just one more worry that I don’t think my brain can take on.

Because as I sit here worrying about that poor boy, or worrying about just the possibility of losing someone in my own family, I’m reminded about a quote that I saw recently. It read: “One day you’ll look back and realize that you worried too much about things that don’t really matter.” Obviously I’m not saying things like death or illness or other similar scary things don’t matter. Because of course they do. But do the mere ideas or just the possibility of them matter? They shouldn’t. Because if I’ve learned anything, it’s that life is ultimately going to be whatever it’s going to be. And worrying about all the things that might happen won’t change a damn thing. Does that mean that I won’t worry? (Can you hear me laughing hysterically at this question?!) Of course not; worrying is my jam. But at some point I have to take solace in the fact that my family itself and also our support system is strong. Just as I’m sure this grieving father and son will be what they need to be and have what they need to have to in order to get through this horrible tragedy.

Life is full of curve balls. At any given unexpected time. And yes, some may get more than others. And even though I’m an expert on knowing how short life can be, it doesn’t necessarily make me always appreciate it as much as I should. But today as I’m reminded once again on life’s fragility, I’m going to yell at my kids with a bit more love. And even if they grow up with memories of having a crazy lunatic for a mother, and I look back at all the tattling and sibling fighting, the fact that we’re lucky enough to have any of these memories will make me forever grateful. Today we have everything. Tomorrow we may not. May we always make today count.

Rest in Peace, old friend. May your memory live on forever.

4 thoughts on “May Today Always Count”